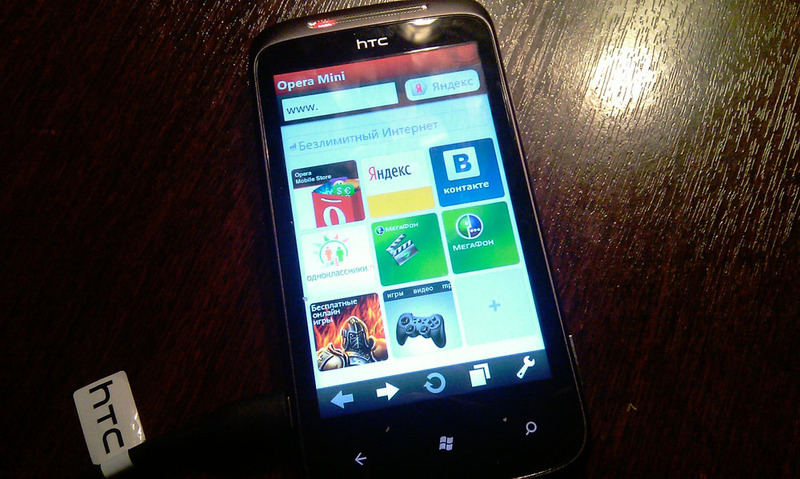 That’s Opera Mini 5.1 initially built for Windows Mobile. I’ve just added an extra layer that makes it running. The only limitation so far is no rotation support – but this limitation will be deleted in future.

Problems starting it up