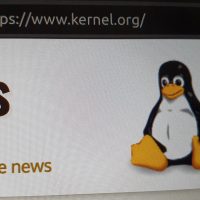 Linux is open-source, as well as the most components from Linux distributions. If you hit an issue, it is usually trivial (but not always) to narrow it down to the specific module and/or configuration. If you need to understand how to do advanced things, you can look up source code and you will understand it.

The main problem with Windows is a space comprising barely understandable layers. That’s it – a typical Windows user manages complexity pretty well, but only as long as internals are not concerned. The internal side is a big black box, and even if you have a complete Windows source code, it remains hardly understandable.

Instead, in Linux, there are no black boxes. How does it help new programmers?

The takeaway advice is: don’t stick with operating systems, IDE’s and other tools that simplify your daily routine. Learn your toolchain and make greater use of applications made by the community. Your development process will eventually become simple, alongside you will learn how to work more efficiently.