Dynamics ROM
First of all, release of Dynamics 2.0 ROM in the end of 2012 had a large influence on the project set in the beginning of 2013. 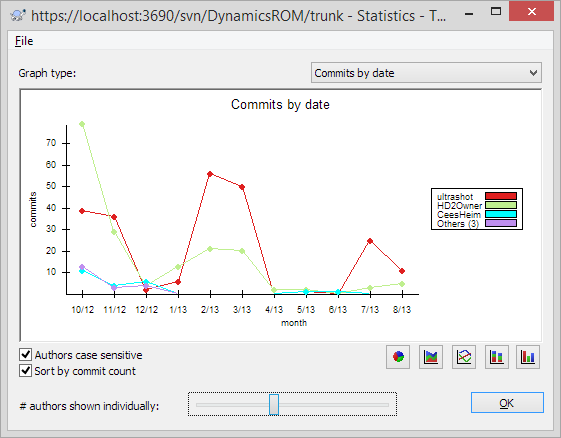 All year stats on our SVN server

Actually, project was ongoing with short and long delays until 4th of august. And then it finally ended on 21st of august with the release of Internet Sharing Fix. (It was a funny fix – its development is worth a separate post).

Windows Phone 7
Some ask me what is gonna happen with WP7 development. Unfortunately, I have to admit we neither have plans to continue making ROMs for it, nor we plan to port Windows Phone 8 or any other OS to these devices. While official reason why WP8 can’t be launched on WP7 is funny and not true, I believe it would be better to leave things as they are. Windows Phone 8 is totally different, and bringing a new BSP (Board Support Package) is too much work. Boring and mostly useless.
Sorry if anyone had hopes high, but still we haven’t ever disclosed any plans to do that.

Windows Phone 8
Everything written in previous paragraph doesn’t apply to Windows Phone 8. This year was a turning point of our research.
So far, I like Mobile Core (NTARM if you want). It truly looks like a “something WP7 should have been, tech-wise”. While I don’t like how some things are implemented, it just “feels” better.

What we’ve done? Well, I can’t disclose all details.
1) We’ve done some great research on Lumia security. Although it confirms Nokia/Microsoft did great work, I still believe it is worth trying to hack as there are certain weak points.
USB 2) We’ve done nice research understanding details of Windows Phone 8 security & internals. Can’t say result satisfies me well enough as of now, I am sure new year will bring some amazing ideas how to continue it. If everything goes smoothly, you can expect a continuation of one well-known and popular in WM and WP world fundamental project. 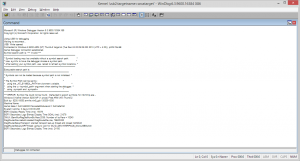 As for other things and personal stuff.
Blog creation definitely wasn’t the worst idea of the year, but unfortunately I don’t have much time to write anything. I have some ideas in mind, like “retrospect” telling stories from development arena, “how it works” explaing tech details behind our projects and so on. It is all in drafts and I just have to finish those posts.
Overall, this year wasn’t hard, but it was … exhausting. I’d better forget the first half of the year. Second half is much more exciting and thrilling, and I really look forward to next year’s happenings. 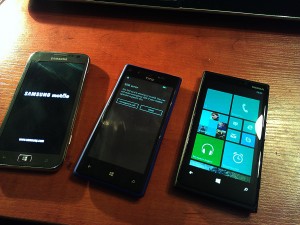 P.S. Don’t hesistate to contact me on Twitter if you want to know more details about our projects or anything.